Chartered in 1948, the first chartered mounted posse in the state of California.

Composed solely of volunteers, the Escondido Mounted Posse currently operates as an Equestrian Parade Group. We participate in as many as 15 parades a year from Santa Barbara, California to Yuma, Arizona. We are a color guard for four parades a year, including the 4th of July Parade in Coronado, California.

In 2012, we had the thrill and honor of participating in the Tournament of Roses Parade and Equestfest.

In addition to numerous 1st place awards
Escondido Mounted Posse has been awarded
the Resolution Award by the California State Senate
and the Escondido State of the City Award. 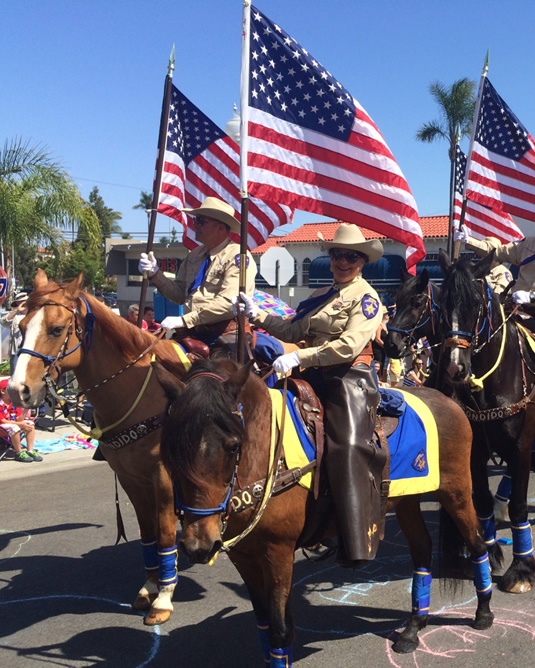 Membership is made up of men and women and their horses from all parts of San Diego County.

Escondido Mounted Posse is composed solely of volunteers and their own personal equine partners. We are exclusively an Equestrian Parade Group.

The Posse is currently looking for new members to join our ranks. The Posse meets the last Tuesday of every month, January through November. At least 8 Sensory Trainings are scheduled each year to prepare you and your horse for the parades. Trail rides and social gatherings throughout the year make this an exciting and fun organization for you and your horse.